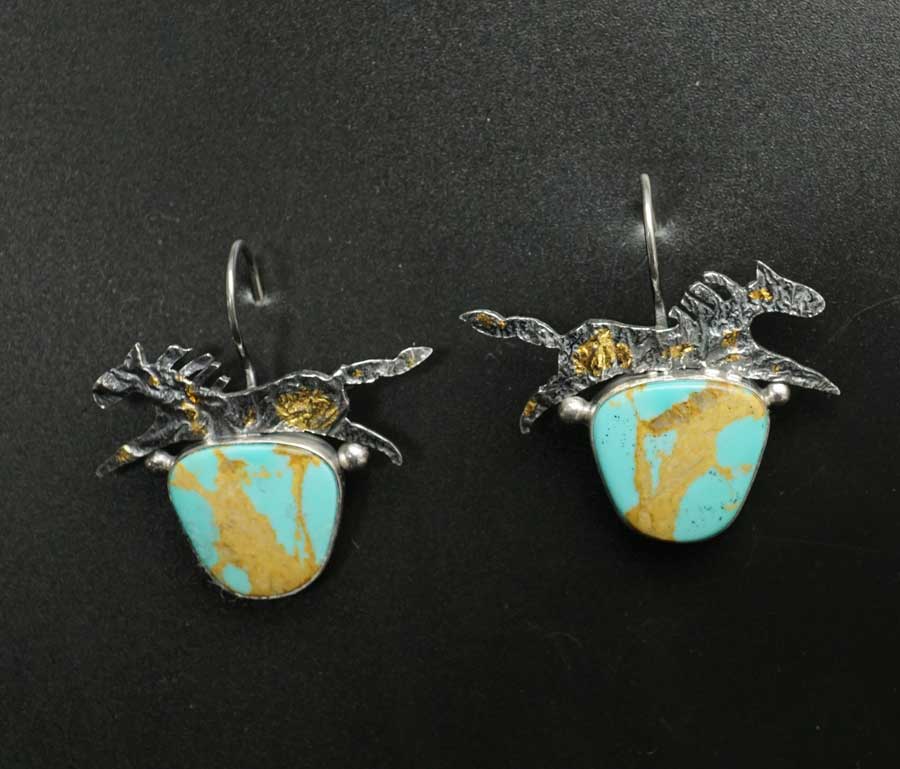 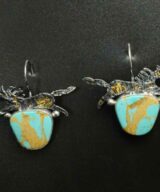 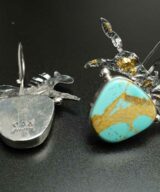 These earrings depict horses with a richly reticulated surface and touches of 24K gold Keum-boo application, contrasted with stabilized Kingman turquoise cabochons with an ocher matrix.