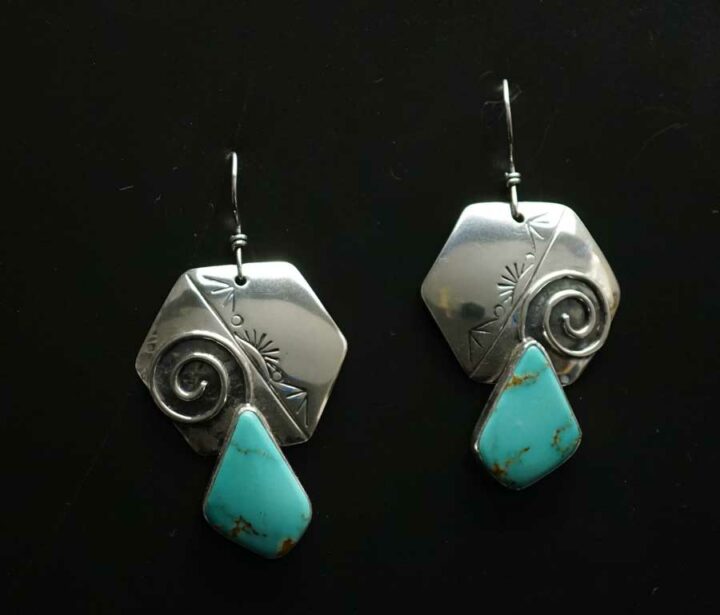 The main design feature of the sterling silver part of these earrings is a Journey of Life spiral overlay, with a nicely textured and oxidized background and smaller hand stamped designs. Cabochons of natural Kingman turquoise come to the fore for their size and beautiful color, complementing the more subtle silver designs.