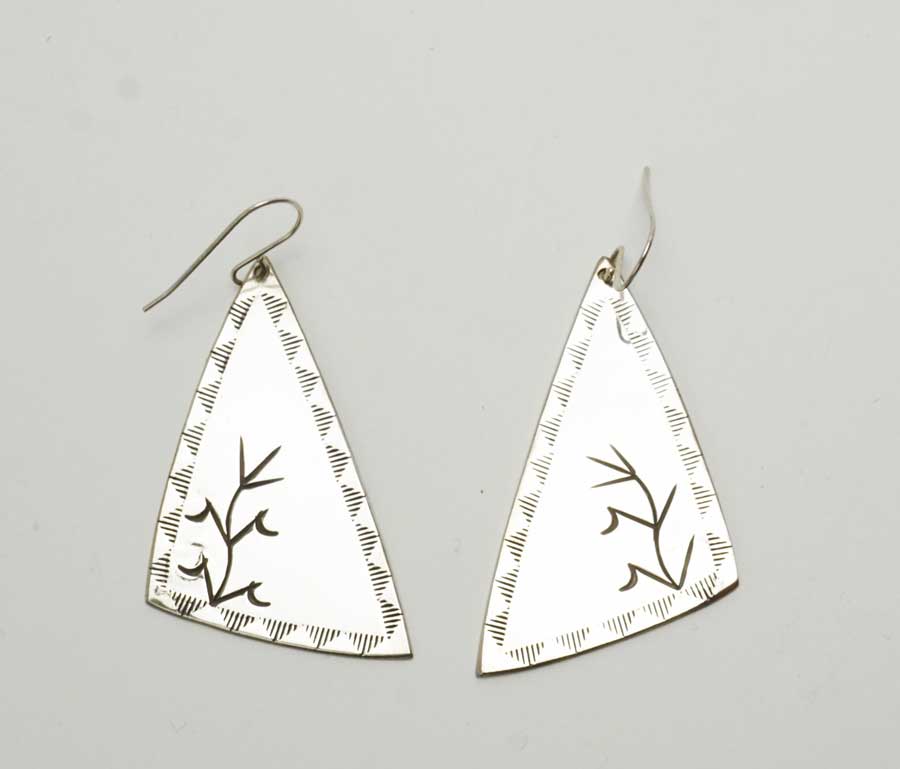 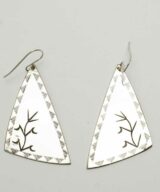 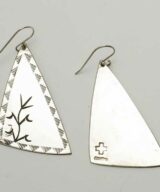 Sterling silver earrings stamped with cornstalks, with additional designs along the edges.

Corn is such an important food for many Native American communities. Corn pollen features prominently in many ceremonies.