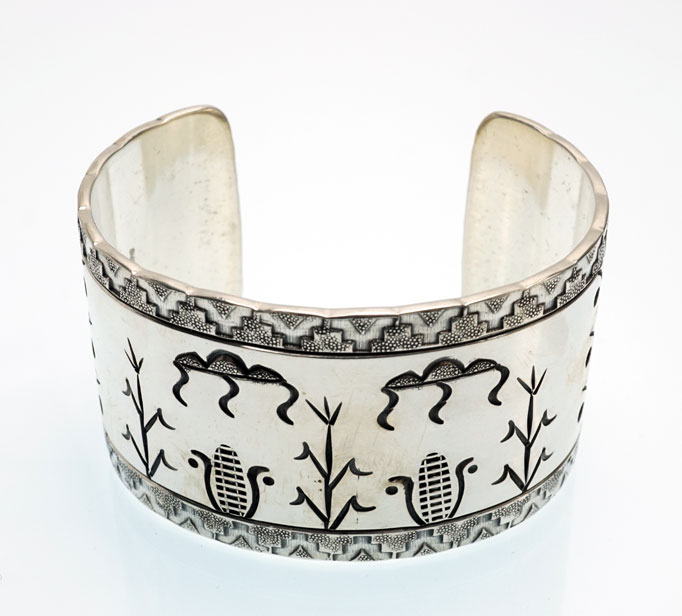 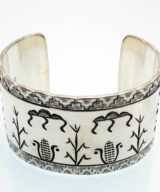 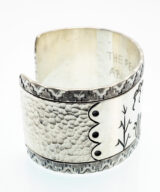 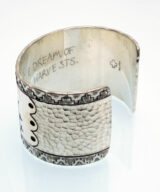 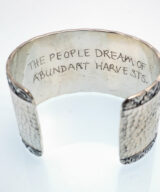 Sterling silver bracelet stamped with corn stalks, ears of corn, and clouds with additional designs along the edges.

Corn is such an important food for many Native American communities. Corn pollen features prominently in many ceremonies. The artist has inscribed “The people dream of abundant harvests.” on the inside of the bracelet, to acknowledge the importance of a good harvest to the tribes of the southwestern U.S.

7 inch inside circumference includes a 1 1/4 inch opening; 1 1/2 inches wide. This is a hefty bracelet that will last for years!