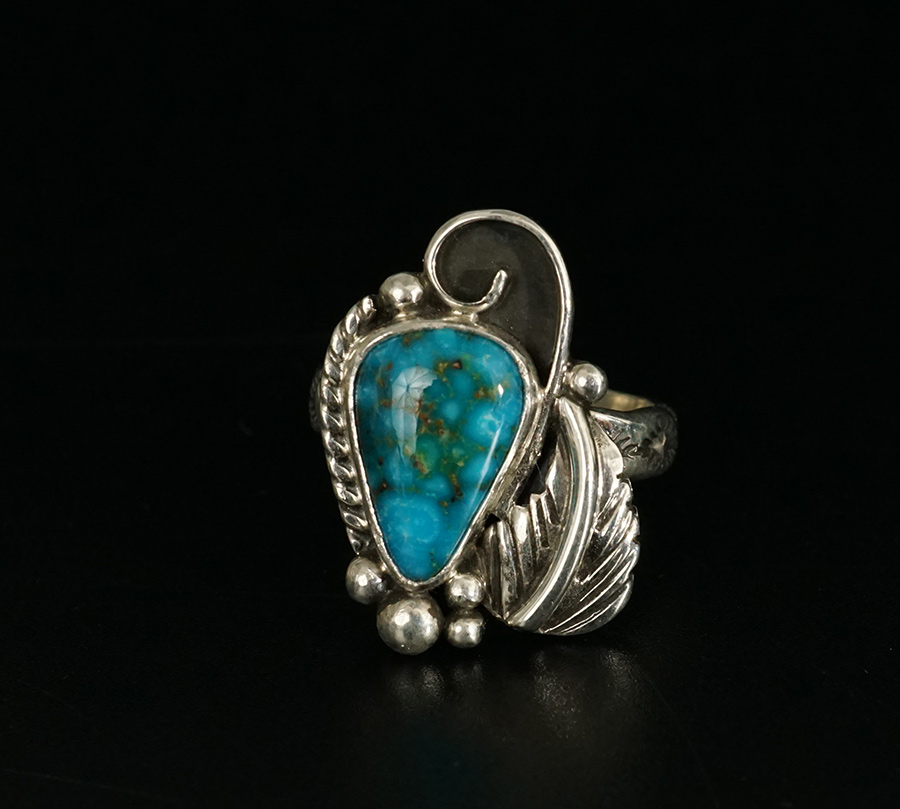 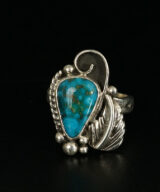 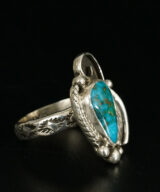 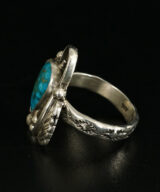 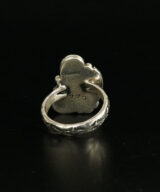 Cheryl Arviso fabricates all the elements of her jewelry, including the traditional Navajo leaf design on this ring. A beautiful, natural Turquoise Mountain cabochon is the focal point, with curls and other design elements surrounding it.