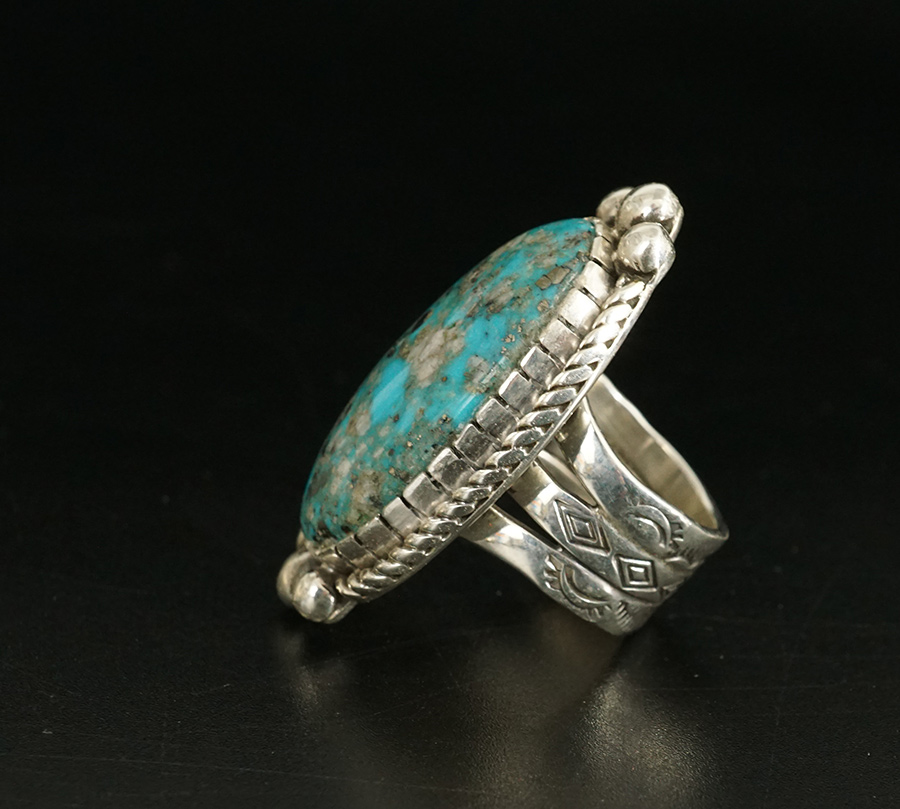 Cheryl Arviso fabricates all the elements of her jewelry, including the castellated bezel holding the natural Morenci turquoise cabochon.