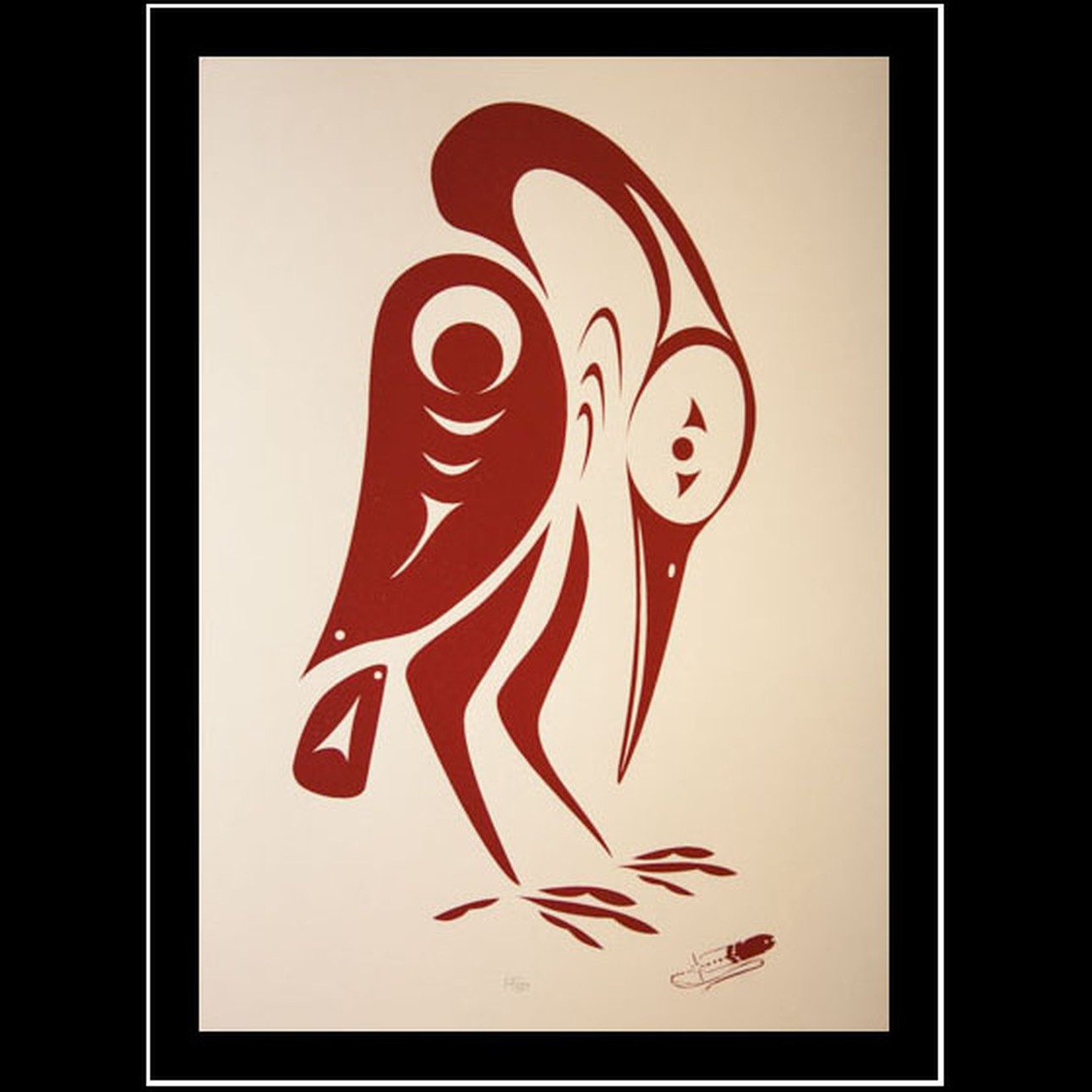 A heron waits patiently for its meal. See the artist’s statement below.

“I love going down to the water and watching nature. Herons are a common occurrence and are easily spotted because of their shape and size. It is fascinating to watch as they stand perfectly still for what seems like an eternity. These amazing birds watch patiently and then when the moment is right, with lightning they strike and then they are still again, their patience rewarded. The lesson I take from these birds is that patience and waiting for the right opportunity is something that is rewarded.”