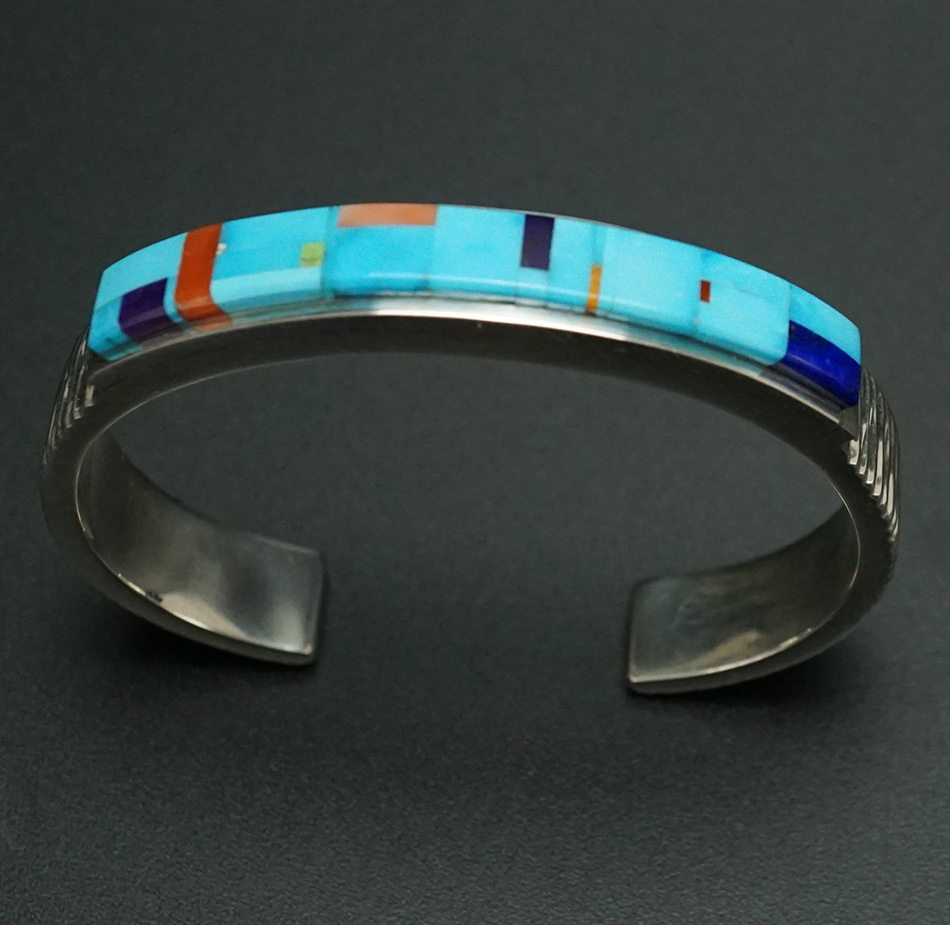 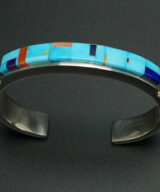 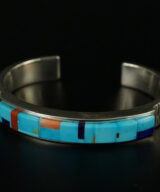 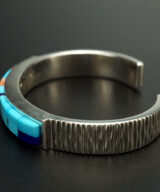 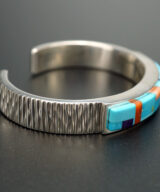 Earl Plummer has crafted a stunning sterling silver Navajo cuff bracelet inlaid with natural turquoise stones cut into small squares to serve as a beautiful backdrop for lapis lazuli, gaspeite and more. The sterling silver has been scored with wavy horizontal lines that could symbolize the reflection of water.

Earl Plummer and his artist family have dubbed this unique style of mosaic inlay as a “cerulean” style. The award-winning sensational silversmith seemingly has endless ideas when it comes to making new and beautiful types of Native American jewelry

Inside circumference of the bracelet is 5 3/4 inches, including a 1 inch opening.