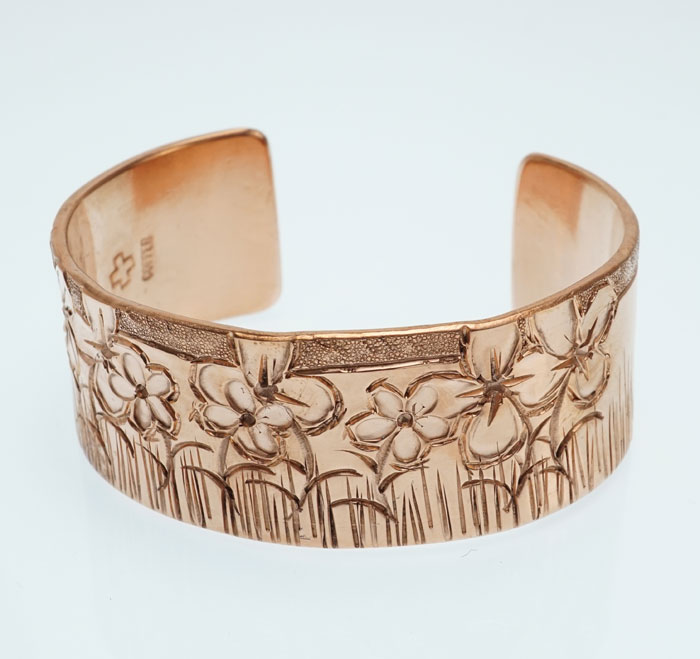 This lovely bracelet, inscribed “Wildflower Symphony” on the inside, was made by the artist during his visit to Home & Away Gallery in Maine. It depicts a field of flowers and grass, with additional textures around the perimeter.