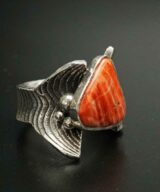 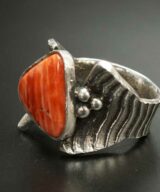 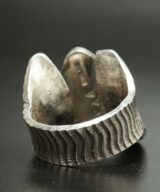 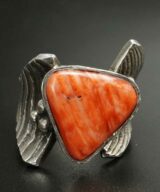 This silver ring was made from a cuttlefish cast and formed into an anticlastic shape. The bright spiny oyster shell cabochon contrasts beautifully against the shadowy, ridged silver.