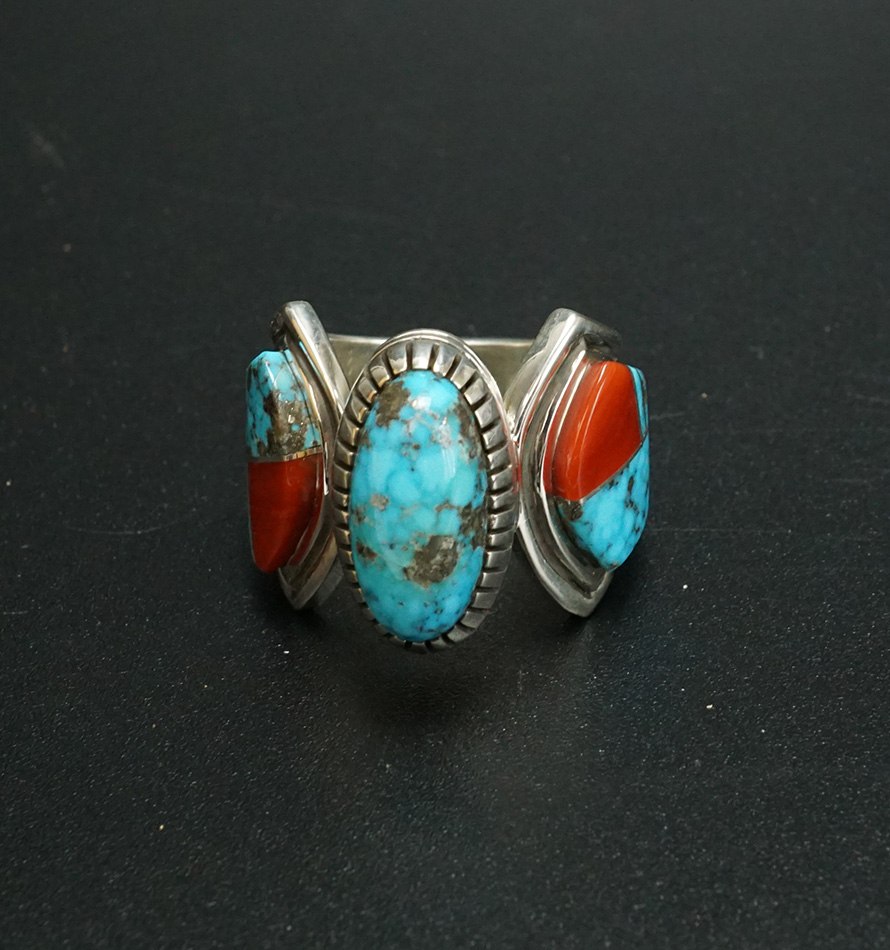 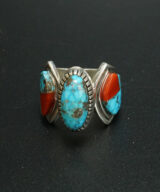 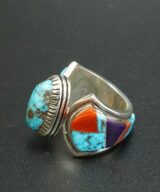 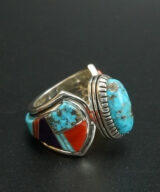 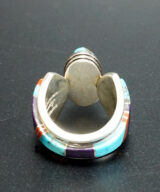 The centerpiece of this ring is a cabochon of natural Kingman turquoise. Surrounding the cabochon are inlaid shapes of coral, turquoise, and sugilite.