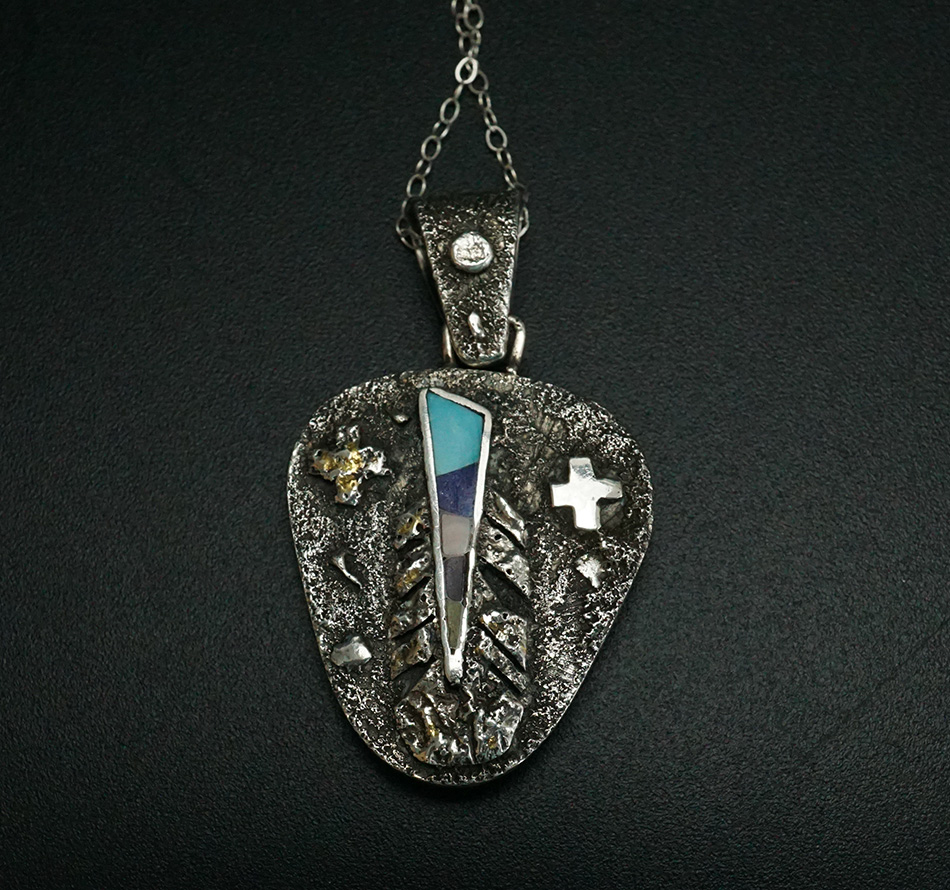 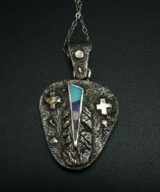 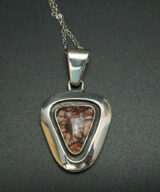 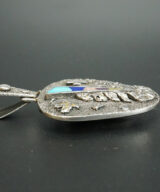 Cheryl Arviso has created a reversible pendant that is rich with texture, color, and shapes. One side of the pendant is inlaid with turquoise, lapis lazuli, shell, and more, and has overlay shapes including stars and a feather. One of the stars (which appears as a cross shape) is adorned with 24K gold using the Korean technique of keum-boo. The revers side is in the shape of a shadow box with a pleasing White Horse cabochon