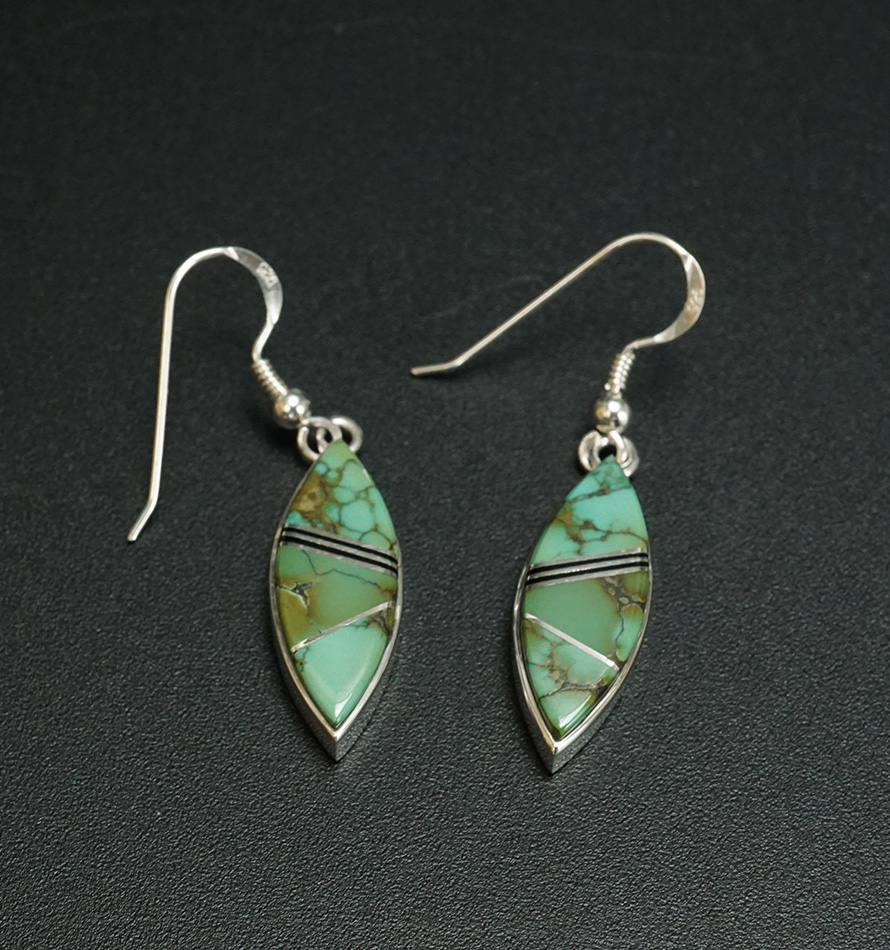 These sterling silver earrings by award-winning silversmith Earl Plummer are inlaid with natural turquoise from the Hubei mine.