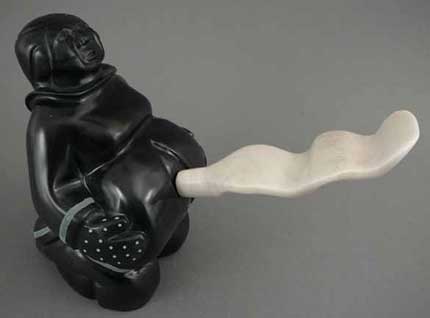 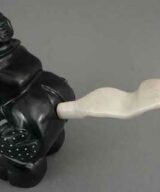 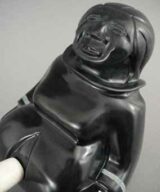 How Fog Came to Be

One day, an Inuk was fishing, as he was very hungry. He kept on looking around to see if there were any other animals around that he could catch for food. As he was looking around, he saw a giant man, coming towards him. The Inuk was scared that the giant would kill him, so he lay down and pretended he was dead. When the giant came to the Inuk, the giant saw that he was dead so he picked him up, put him on his back and carried him to his home and put him on the floor.

When the giant’s wife saw what her husband brought back, she decided to go outside and prepare something for the meal. The giant was tired, so he lay down to go to sleep. The Inuk realized that he was going to be eaten, so he opened his eyes to see what he could do to escape. When he opened his eyes, the giants children saw him and started yelling, “he moved his eyes!” The giant, very tired, angrily said, “no, he’s dead, be quiet, ” and the giant went to sleep. When the Inuk opened his eyes he saw an axe close to the giant. When the giant fell asleep, the Inuk jumped up, grabbed the axe, killed the giant, and ran out the door and started running away.

The wife started running after him and, as she was gaining on him, the Inuk swung the axe into the ground. The ground opened up, started filling with water and started becoming a river. When the wife got to the the edge of the river, she yelled out to him and asked, “how did you get across?” The Inuk yelled back to her, “by drinking the water.” The wife then drank the water until she felt she couldn’t drink anymore. The Inuk told her to keep on drinking, so she did. She kept on drinking until her stomach burst and a fog started to come out. This is how fog came to be.