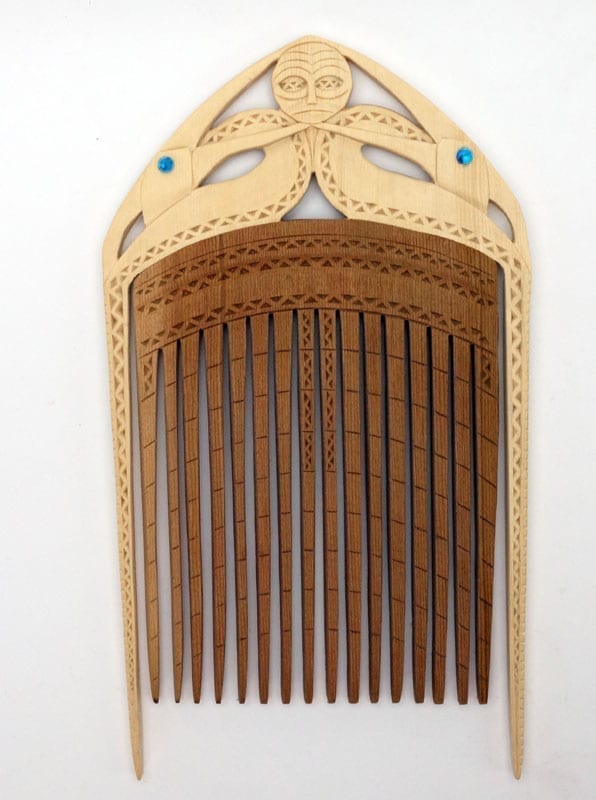 Greg Robinson is an artist with mastery in several media, including carving and painting. This comb reflects his impeccable workmanship with wood; specifically, white and red cedar in this comb. The egrets are adorned with abalone eyes.

Primarily self taught, Robinson has throughout his life had an affinity for wildlife and art, both of which guide his passion for making art. His past and current works in the traditional Chinookan art forms pays tribute to the Columbia River ancestors, to whom art, life, stories, and culture are strongly interrelated. Through his art and instruction he inspires younger generations of Chinookan artists in the region.

Robinson produces work in different mediums in the style of the Chinookan peoples of the middle to lower Columbia River and Willapa Bay. Working primarily in wood, large stone, bone and hide, he draws inspiration and technical knowledge from the study of ancient and contemporary works in private and museum collections, including the Portland Art Museum.

Robinson’s public art commissions are permanently on view at the Multnomah Falls National Scenic Park in Oregon and the Parkersville Historic Park in Camas, Washington.