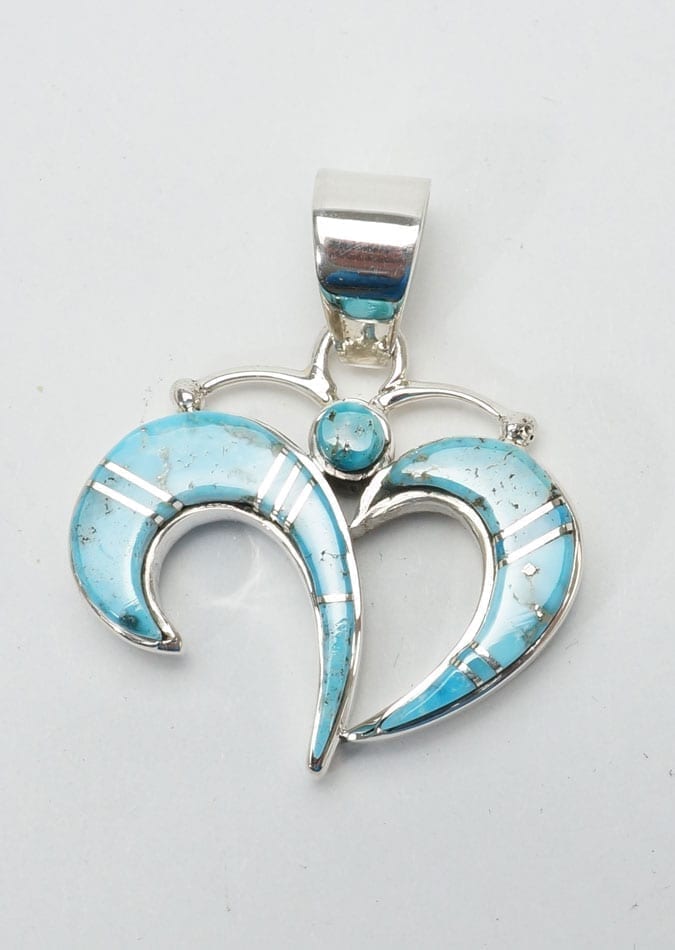 This sterling silver pendant, shaped like a stylized butterfly, is inlaid with natural turquoise.