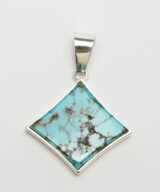 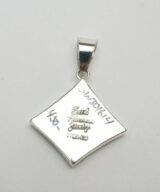 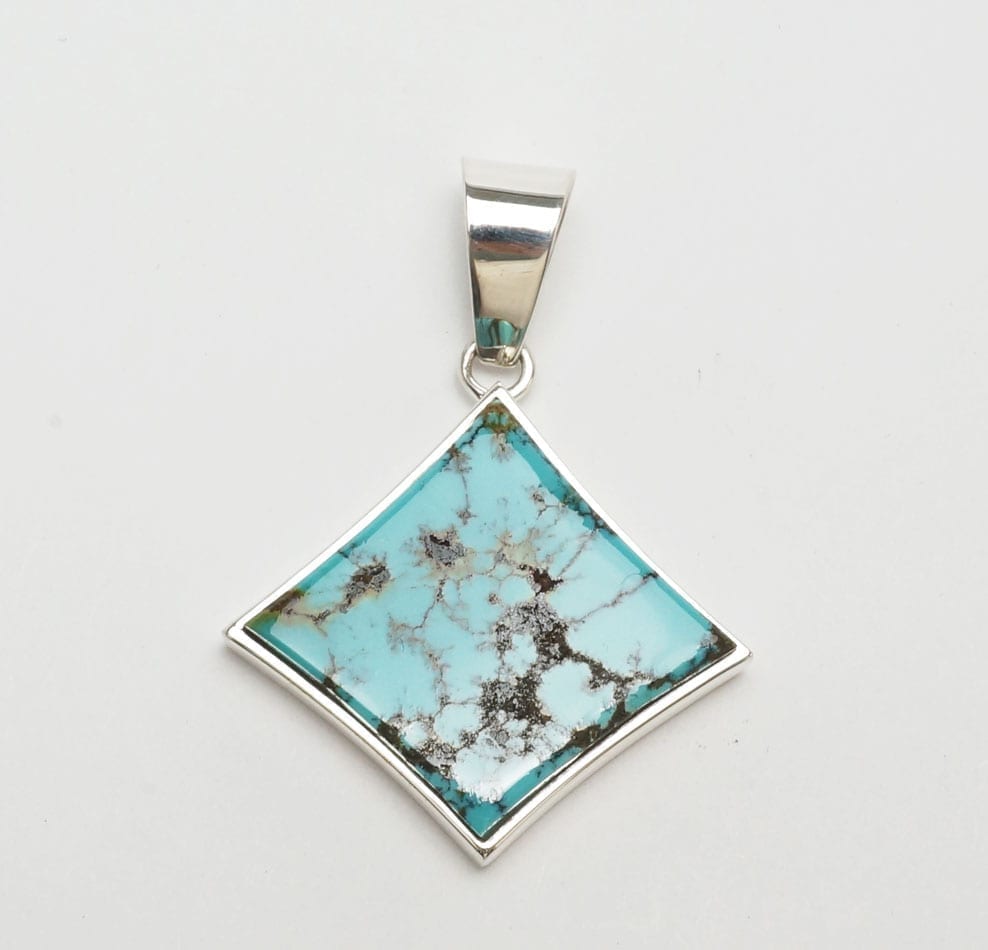 This sterling silver pendant has an uncommon shape, and is set with a turquoise cabochon from the Red Mountain mine in Nevada with black matrix.