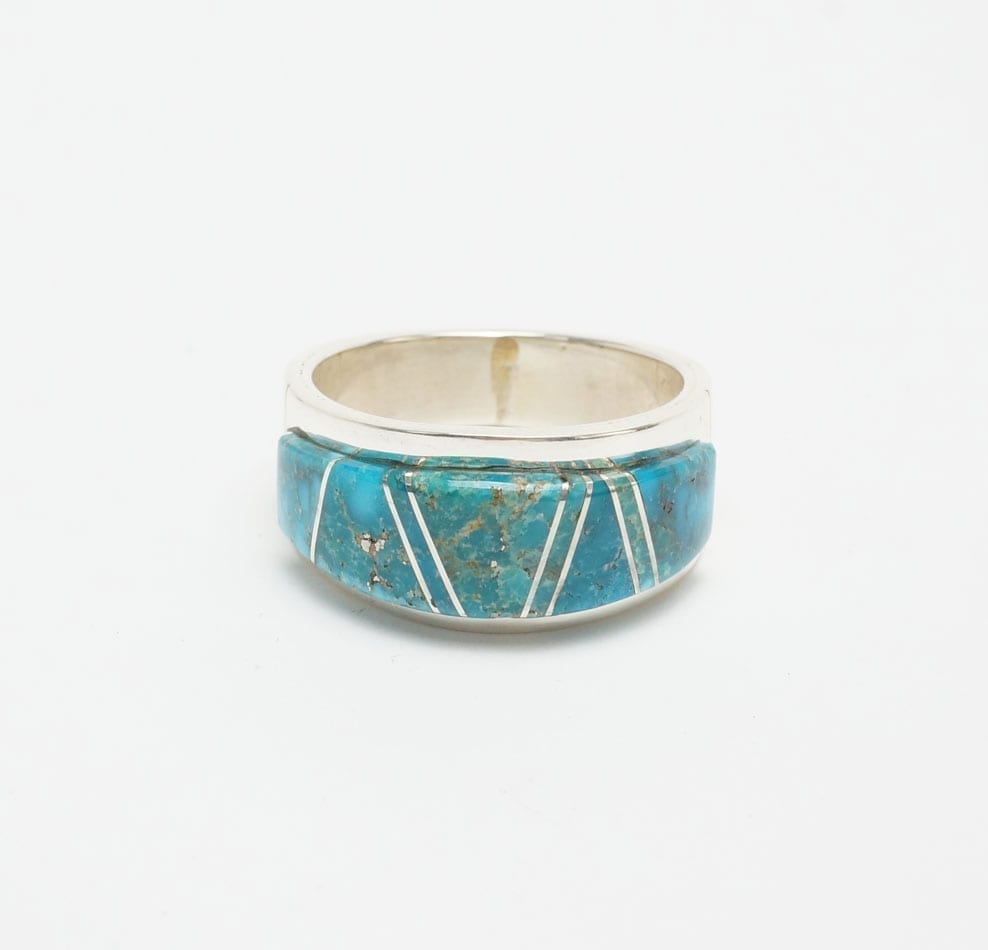 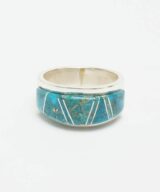 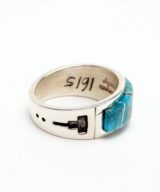 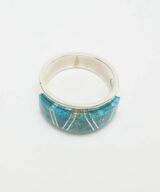 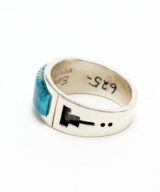 Earl Plummer, winner of the Best of Jewelry award at the 2013 Santa Fe Indian Market, is showing his talent in design as well as workmanship.

This ring has channel inlay of natural Morenci turquoise: beautiful shade of blue with brown and silver matrix. An attractive oxidized design adorns each side.