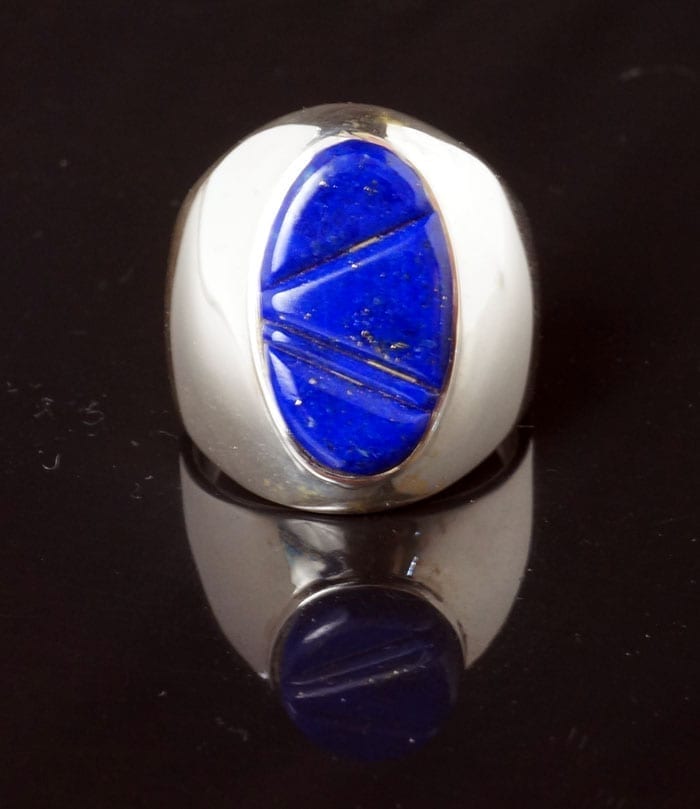 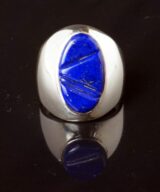 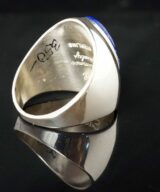 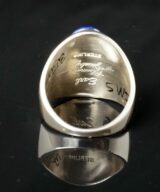 Earl Plummer, winner of the Best of Jewelry award at the 2013 Santa Fe Indian Market, is showing his talent in design as well as workmanship.

This ring is inlaid with three separate pieces of lapis lazuli. The ring is highly polished, a fact that is a bit lost in the digital photographs.