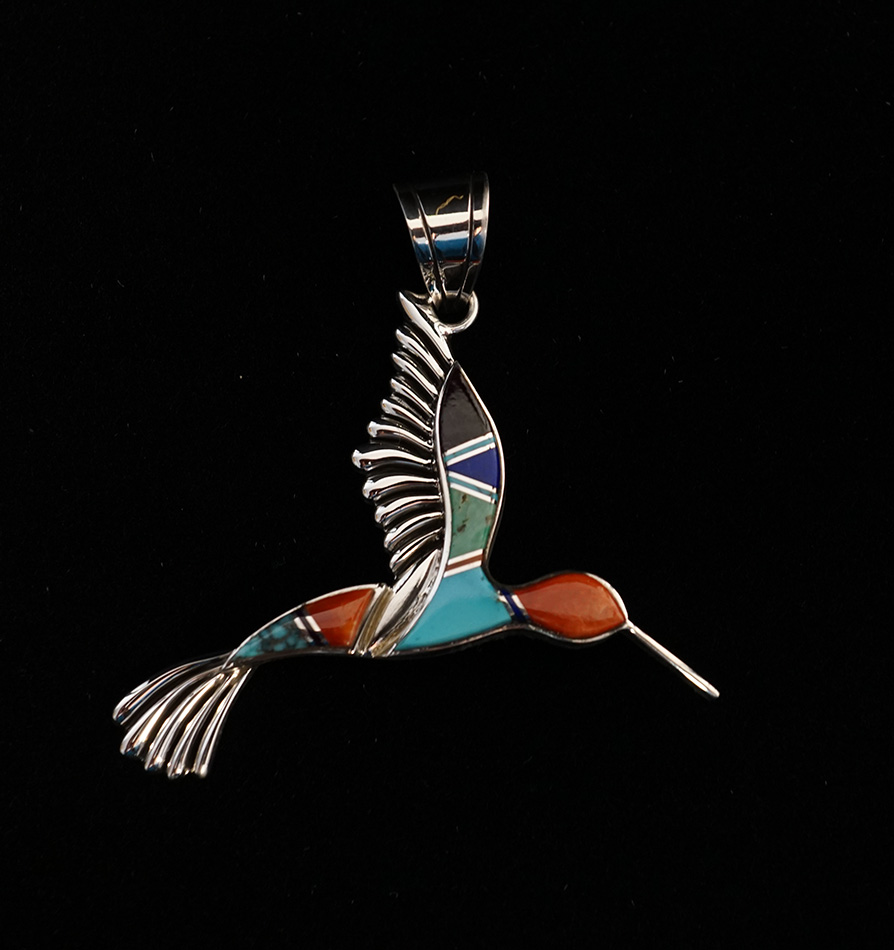 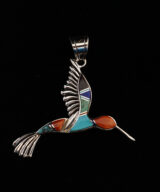 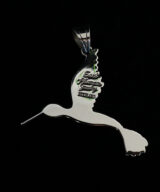 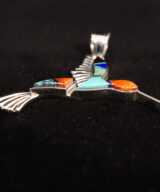 This sterling silver inlaid pendant, first created in 2020, has brought Plummer’s hummingbird design to a new level. The rounded silver shapes along the edge of the wing suggest feathers. The bright colors of the natural turquoise, coral, lapis lazuli, black jade and chrysocolla are reminiscent of many hummingbids’ vibrant feathers.