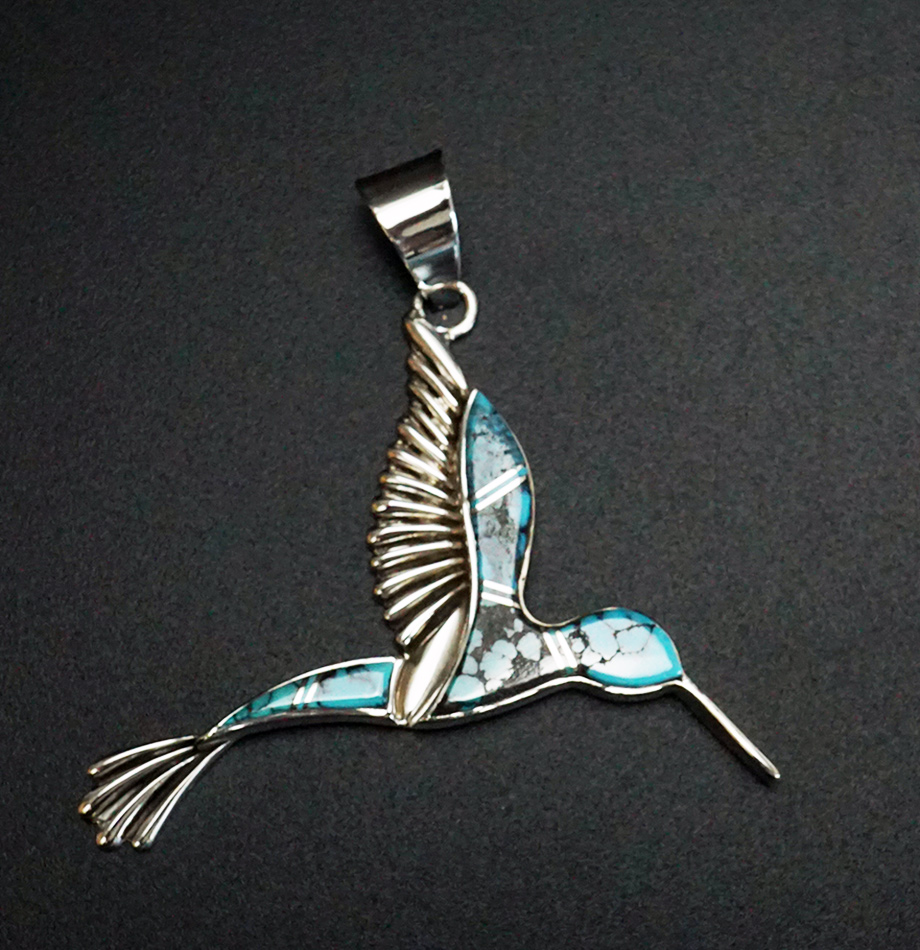 This sterling silver hummingbird pendant is a new design for plummer as of late 2020 that enhances his previous style. The rounded silver shapes along the edge of the wing suggest feathers. Beautiful, darkish natural turquoise inlay.