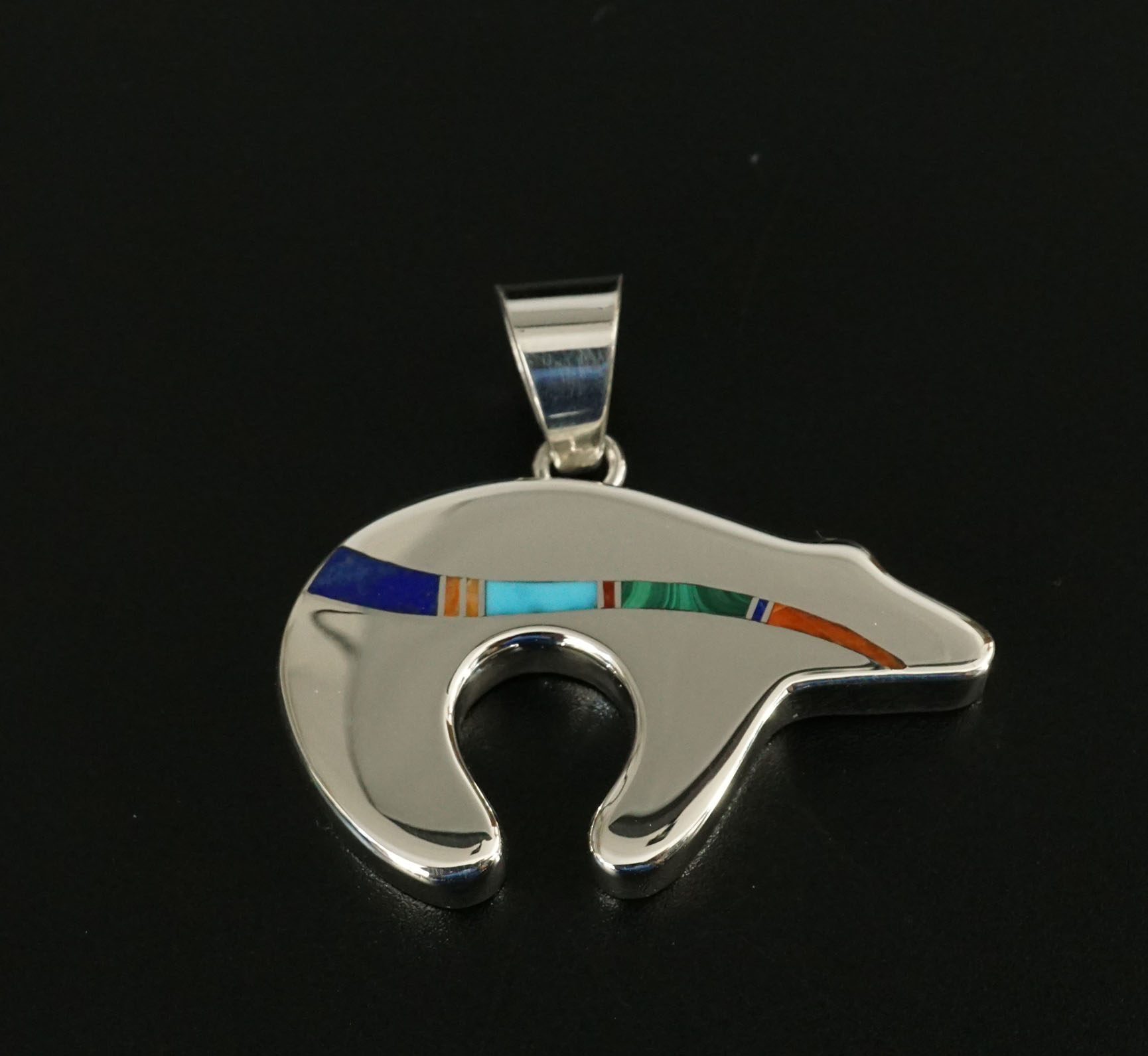 This sterling silver bear pendant is inlaid with a “trail” of a number of materials, including lapis lazuli, spiny oyster shell, turquoise, malachite, and coral. The hollow construction makes this pendant lightweight and easy to wear.