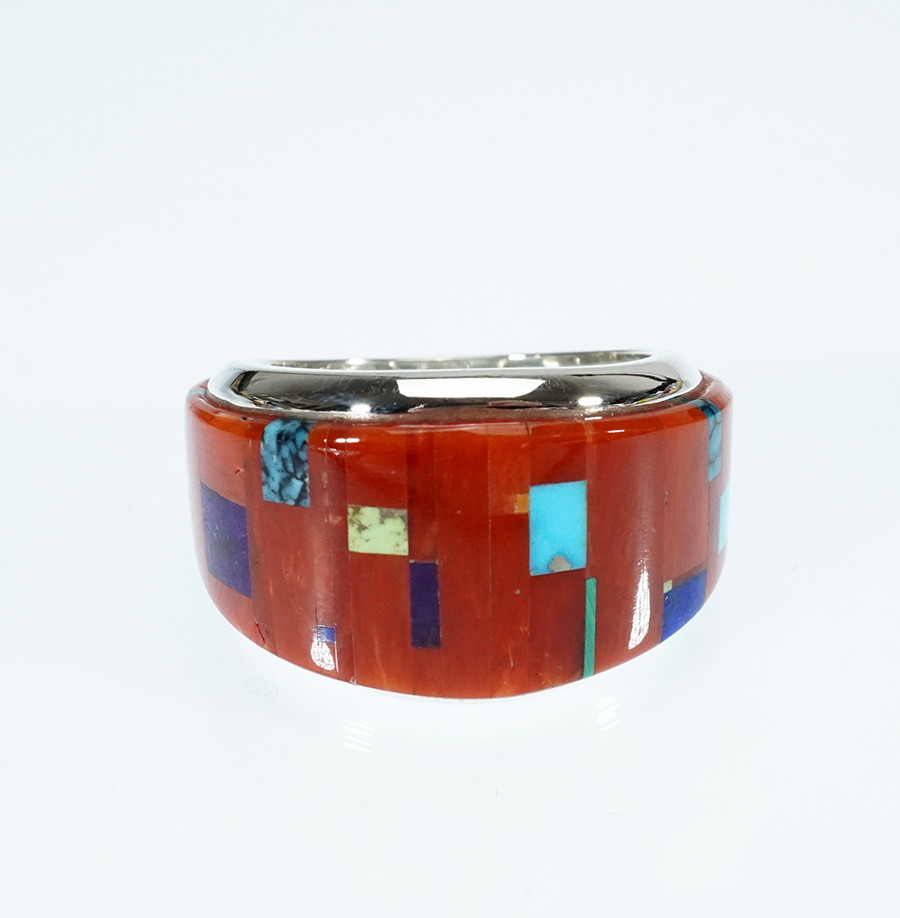 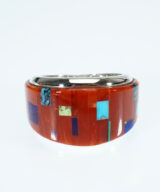 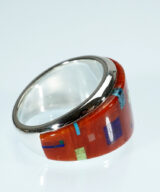 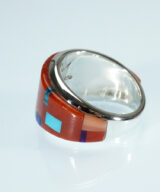 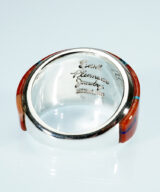 Citing nature as his primary inspiration, legendary Navajo jewelry artist Earl Plummer revealed the cerulean ring over the summer of 2020, furthering his status as an innovator of Navajo jewelry designs.

Earl Plummer and his family have dubbed this unique style of inlay “cerulean”, which likely derives from the Latin word for “sky” or “heaven”. How appropriate! We find this style of inlay in Earl Plummer’s jewelry to be heavenly.

While the primary inlay material of this cerulean ring is a deep natural coral, there are small touches of turquoise (various mines), lapis lazuli, gaspeite, malachite, and pink coral. Inlay wraps around the band, stopping short of the bottom of the shank to avoid breakage.