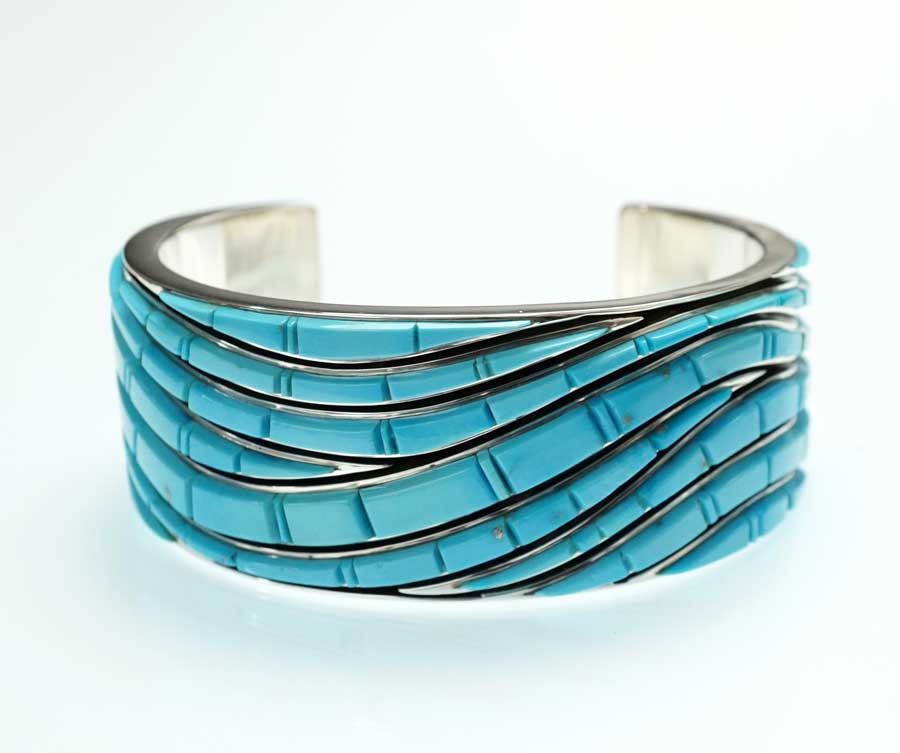 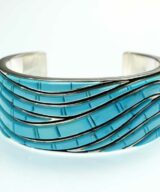 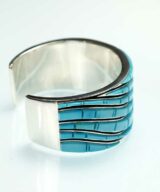 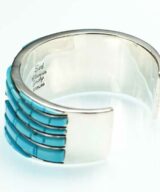 This exceptional handmade silver and turquoise bracelet is a jewelry piece from Earl Plummer’s wave series, which utilizes finer materials to the highest quality. In this case, the Navajo bracelet is inlaid with natural turquoise from the Sleeping Beauty mine in Arizona.

Sleeping Beauty turquoise stones are inlaid and finished in a heavily textured, cobble-like style. That is to say, there is no silver between the turquoise stones, and they are further beveled to produce a sloping effect such as that of cobblestones. The Sleeping Beauty Mine is known for its bright blue turquoise, the perfect hue to fully realize Earl Plummer’s magnificent wave pattern.

Interior circumference of the bracelet is 6 1/2 inches, including a 1 ¼-inch opening. The bracelet is 1 ⅛-inch at its widest point.