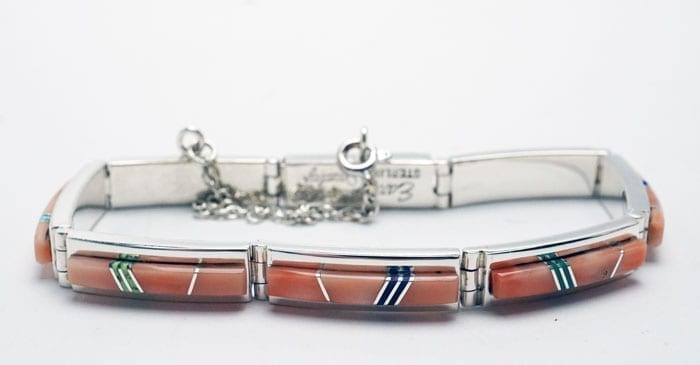 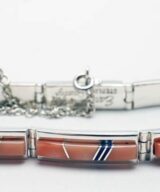 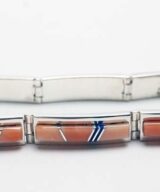 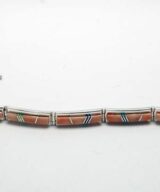 This sterling silver link bracelet is inlaid primarily with pink coral. The plus in the name is small touches of turquoise, lapis lazuli, dark coral, and more amidst the sea of light pink.