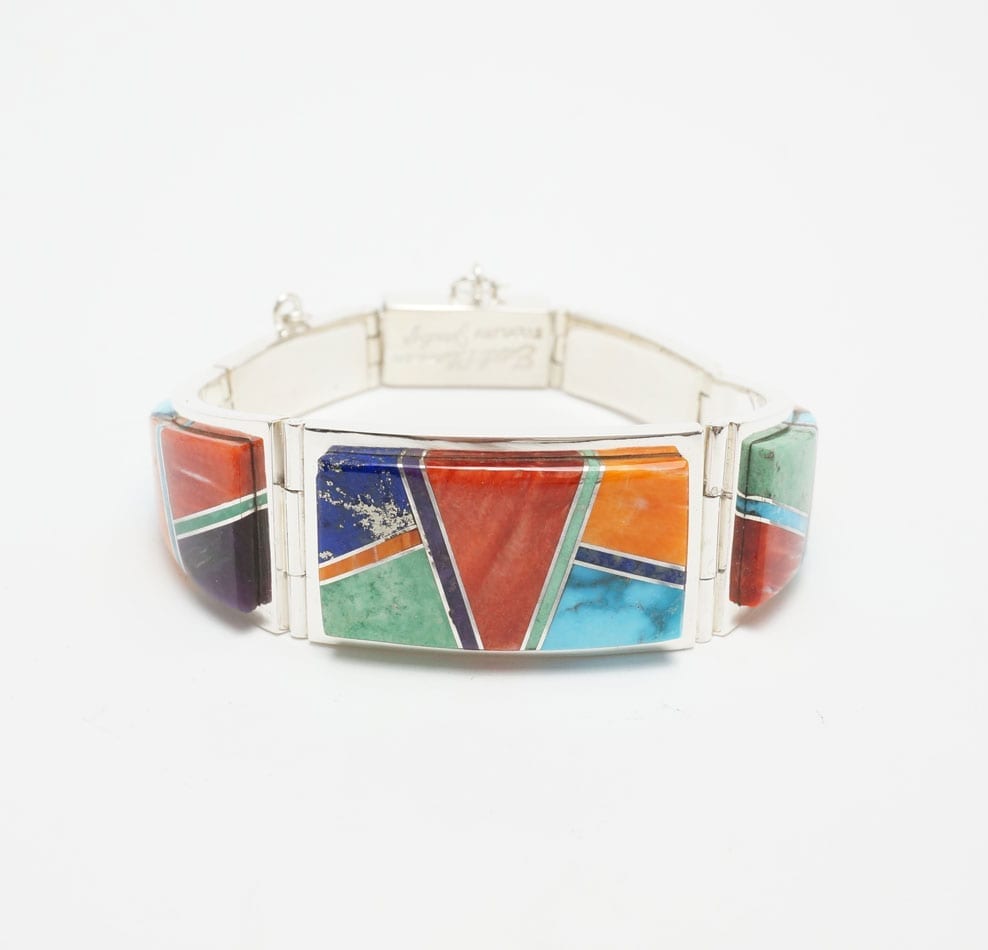 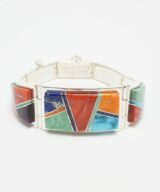 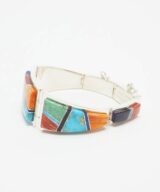 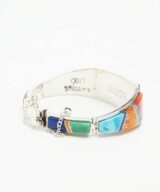 At 6 1/2 in. in length, it will comfortably fit a wide variety of wrist sizes. The bracelet is secured by a hand forged clasp as well as a chain. Bracelet tapers from 3/4 in. wide to 3/8 in. wide.