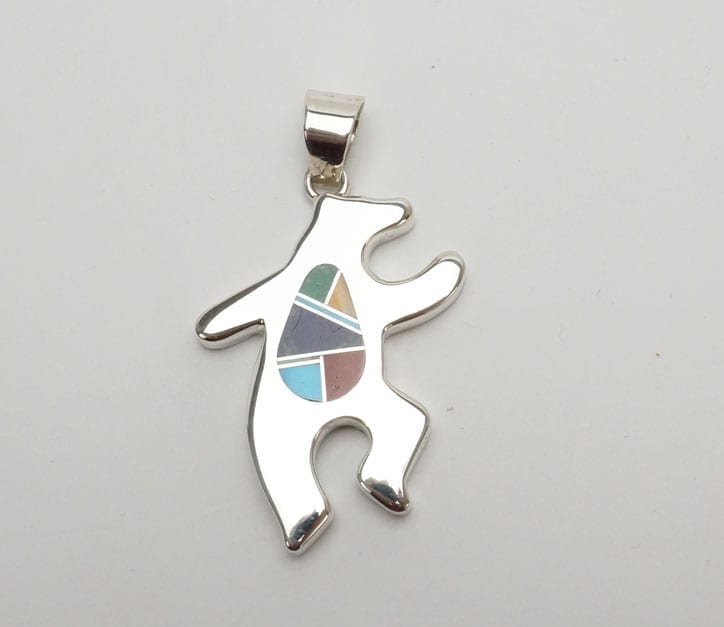 This dancing bear pendant has beautifully composed natural materials inlaid on the front: turquoise, coral, spiny oyster shell, malachite, sugillite. While the pendant has some depth, it is lightweight because it has been formed into a hollow construction as a bed for the inlay.