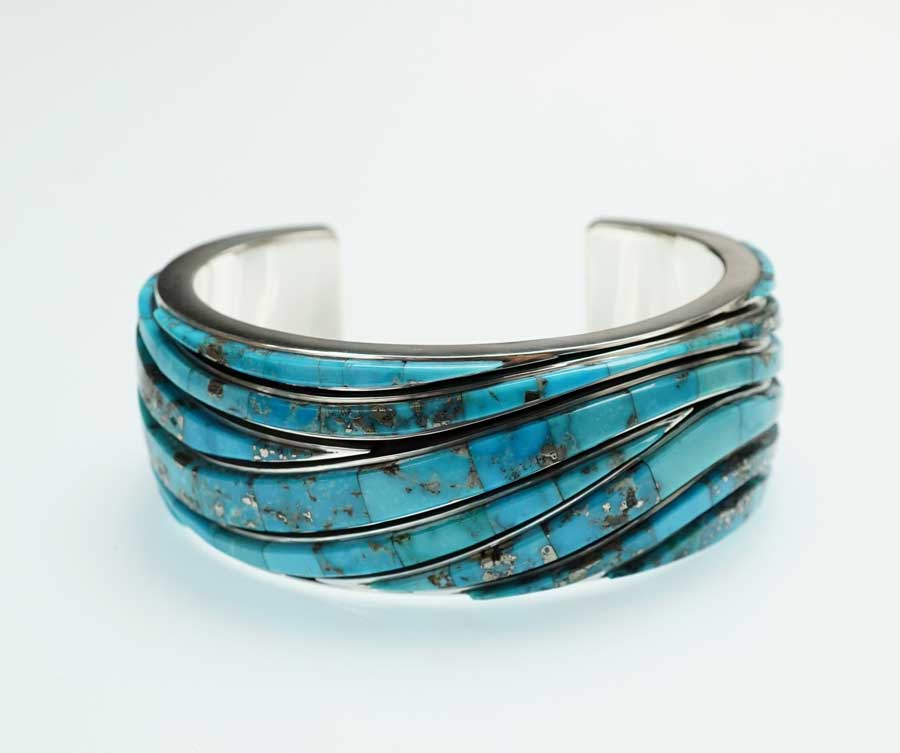 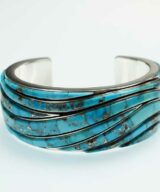 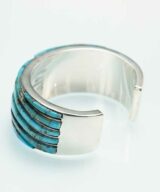 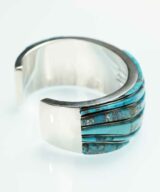 This silver and turquoise handmade bracelet, which contains various authentic high-end materials, is one of Earl Plummer’s wave series. A jewelry maker bound for success since the age of 13, the artist has, in his words, “pushed himself” to his absolute imaginative limits to create an enthralling original wave design.

In this case, the bracelet is inlaid – in Navajo fashion – with natural turquoise from the Morenci mine in Arizona. Morenci stones are heavily adorned with pyrite and other materials, making for beautiful patterns. This fine example of Earl Plummer jewelry juxtaposes turquoise stones in such a way to emphasize and highlight the matrices.