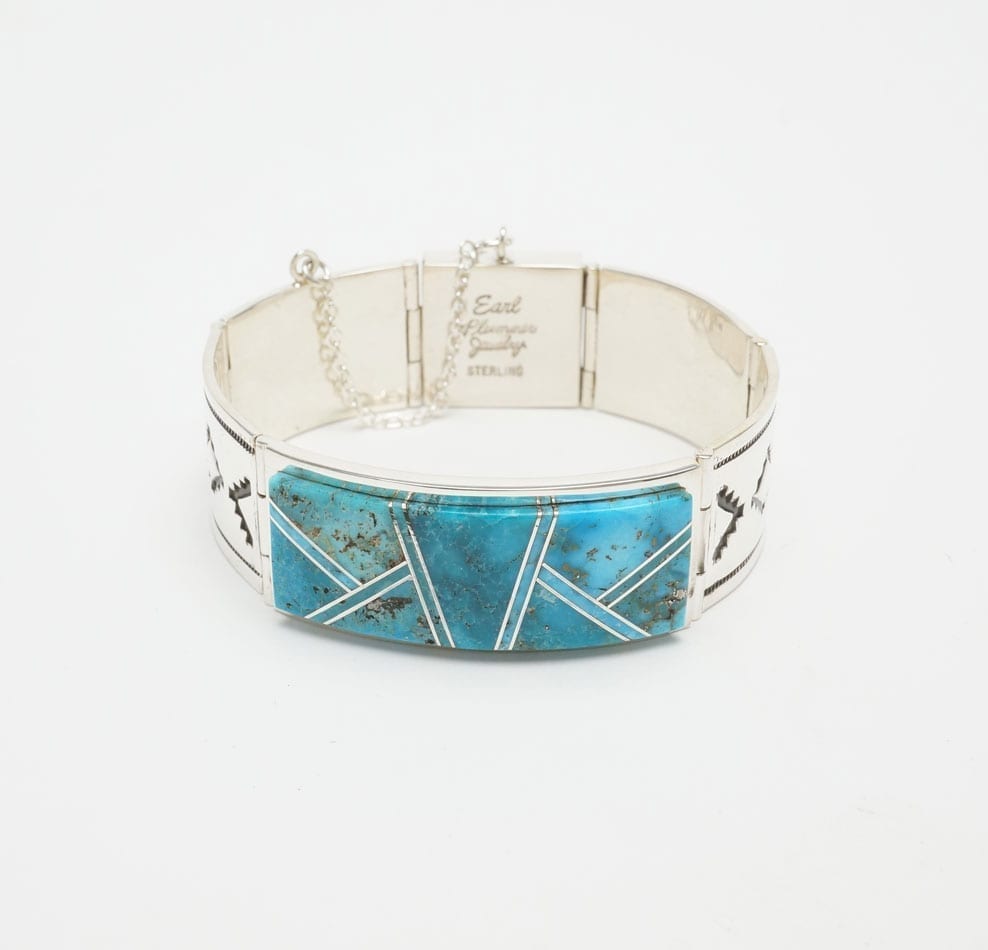 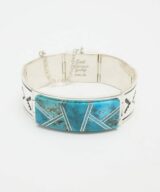 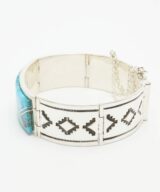 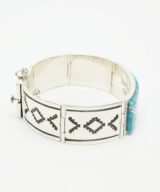 This sterling silver bracelet combines the look of a cuff with the security of a closed link bracelet. The inlaid turquoise from the Morenci mine includes various shades of blue as well as some matrix and pyrite. Oxidized overlay rug designs adorn the sides.

At 7″ in length, it will comfortably fit a wide variety of wrist sizes. The bracelet is secured by a hand forged clasp as well as a chain. 3/4 in. wide