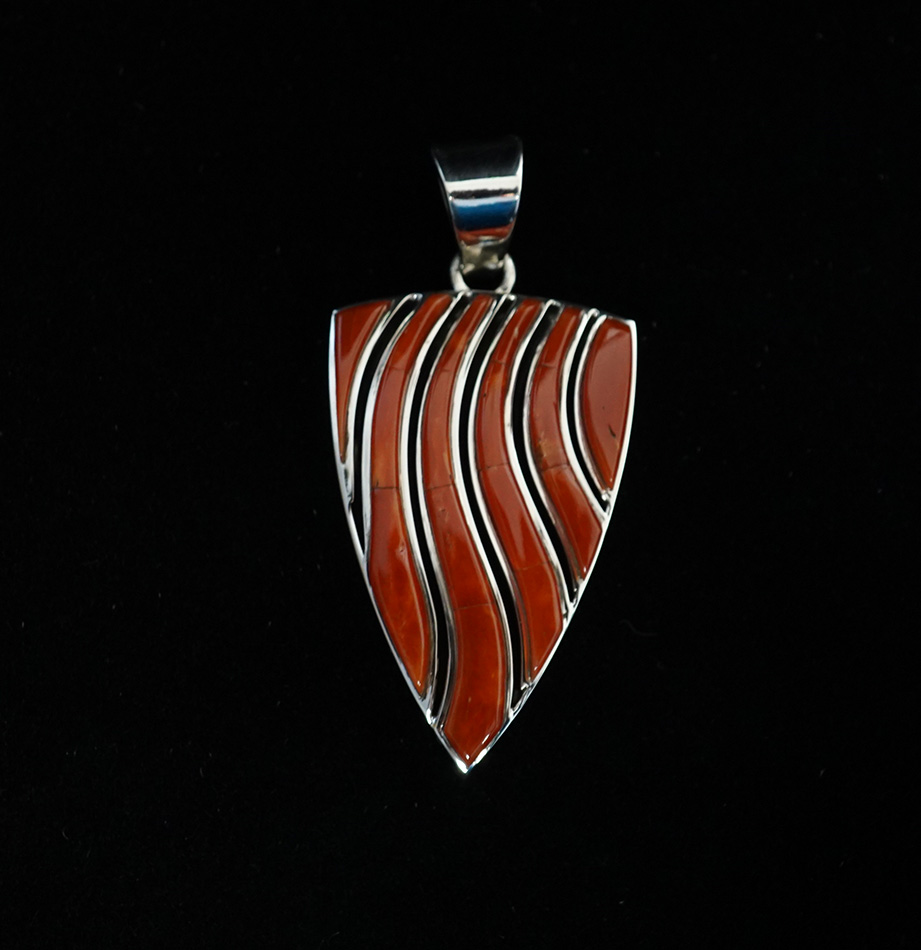 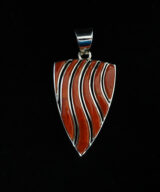 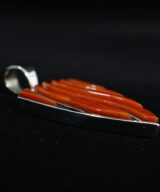 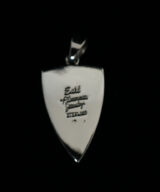 Plummer’s wave design items (bracelet, necklaces, earrings) are an exquisite set of items inspired by the sea, while incorporating traditional Navajo materials such as turquoise and coral. This pendant is inlaid with deep red coral.